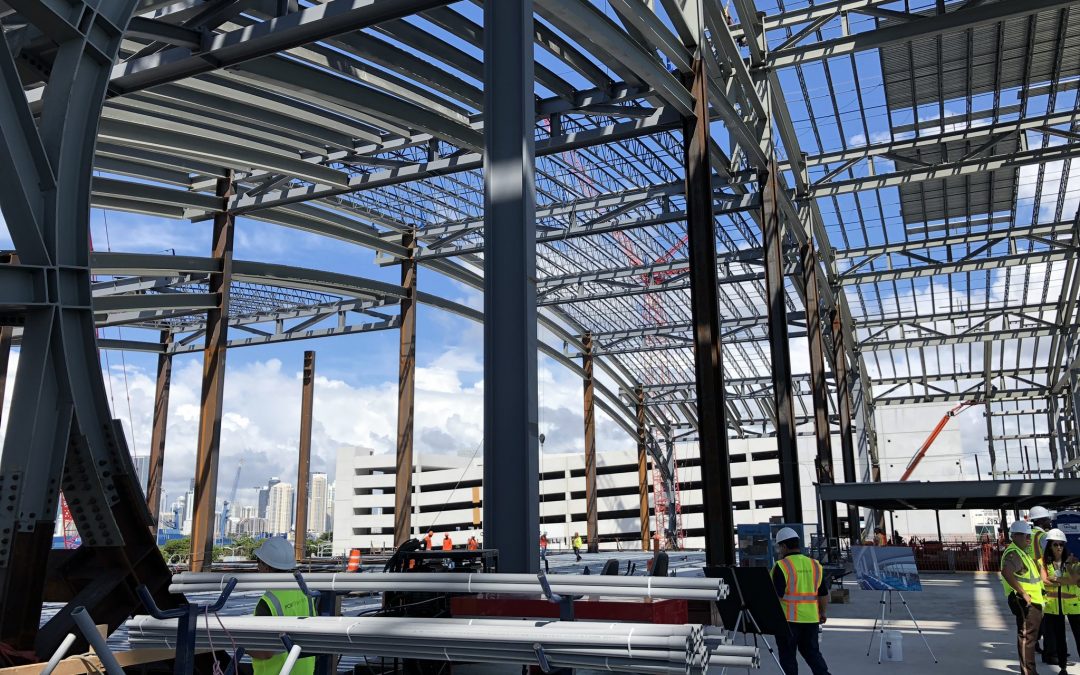 Photos have been released of the iconic “Pearl of Miami” cruise terminal now under construction at PortMiami.

The terminal will feature a spiraled facade inspired by the nautilus that will be lit up at night. The elaborate design is causing time and budget overruns, however.

A substantial completion date of February 10, 2020 (originally November 2019) can also no longer be guaranteed, according to a county memo.

In addition to covering cost overruns, Norwegian is agreeing to increase their minimum passenger count and make other concessions 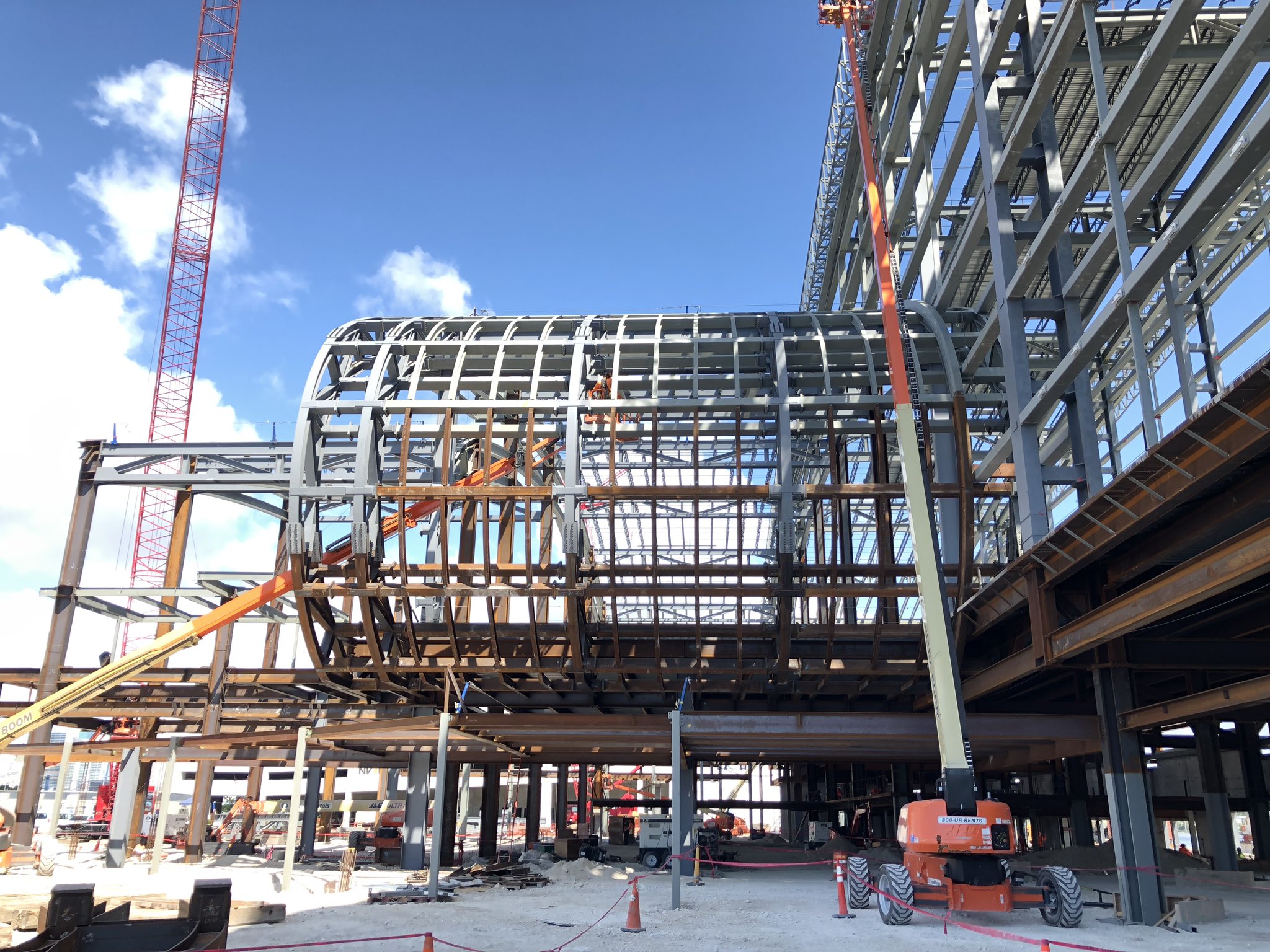 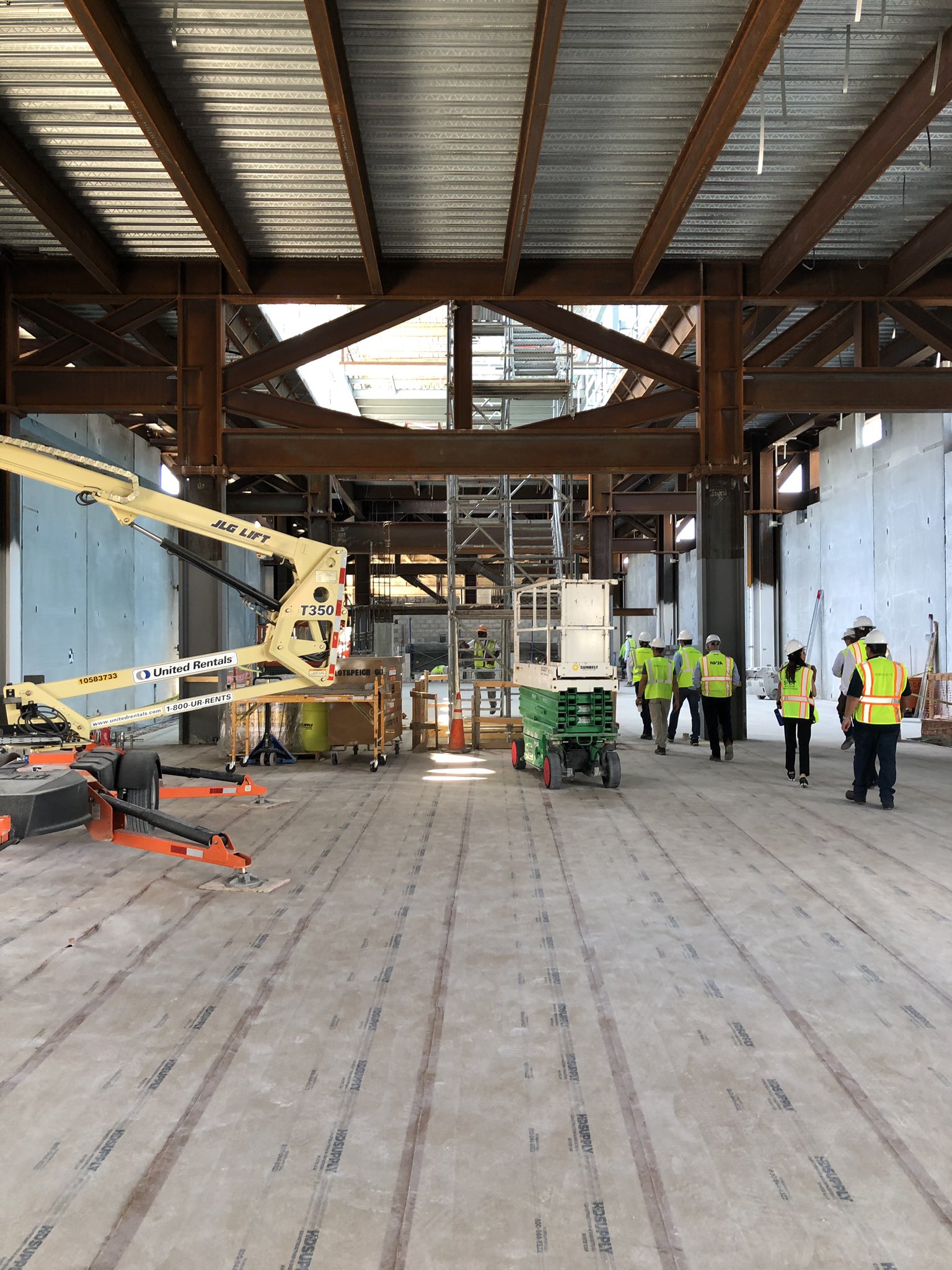 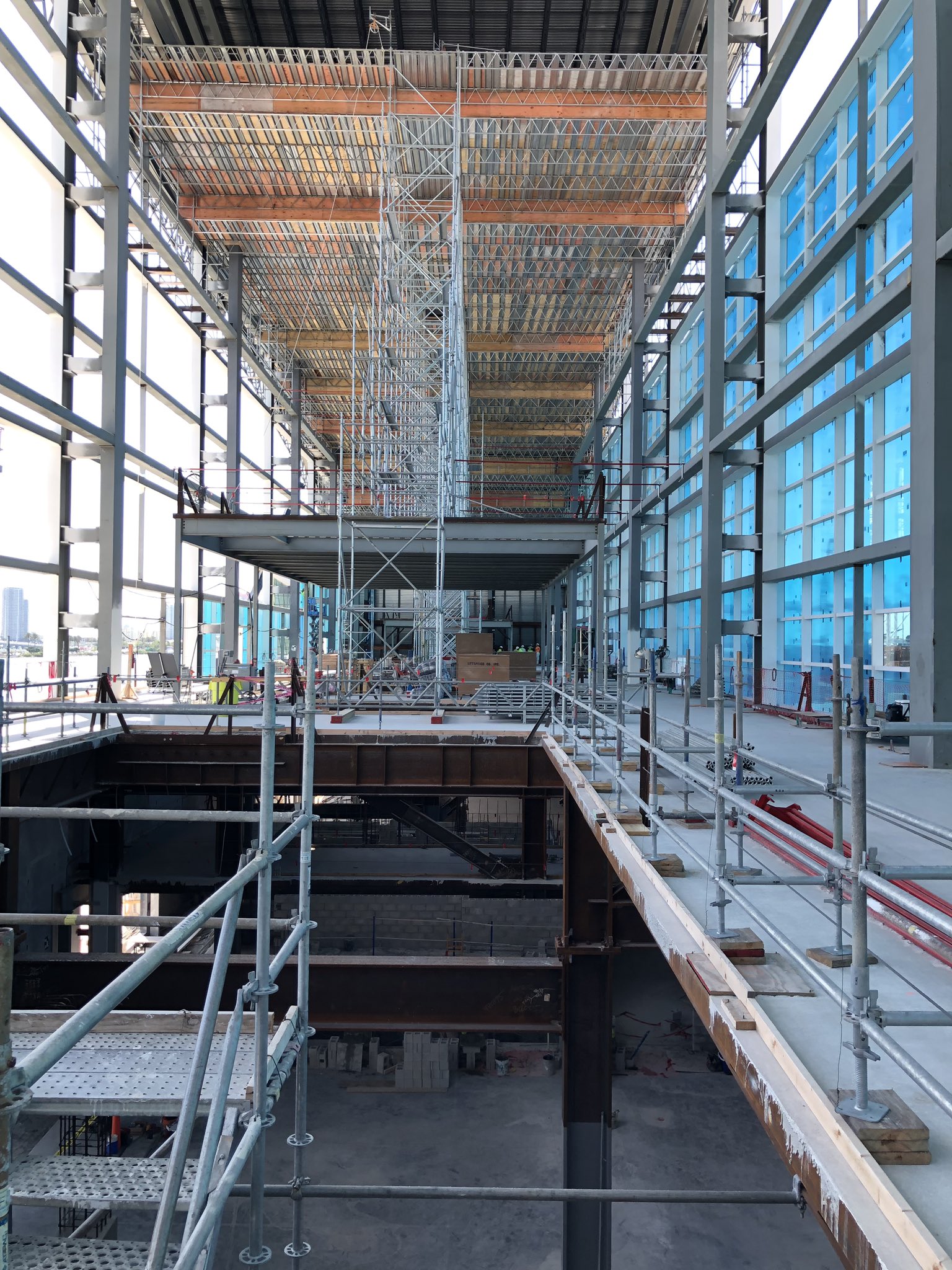